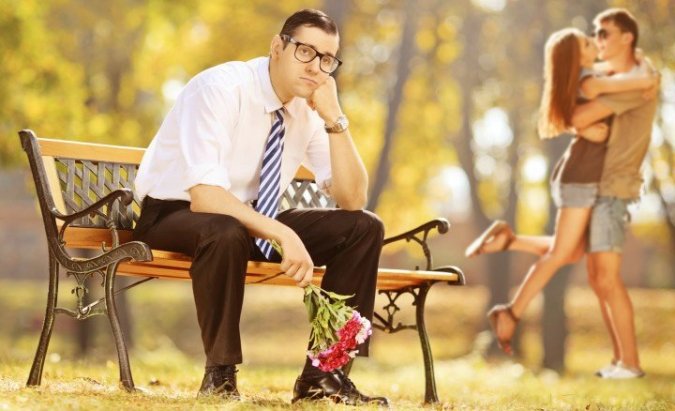 There’s this idea in the dating world that “nice guys finish last”, or that women prefer jerks over nice guys.  And on the surface it does often seem to be this way.  But there’s a lot more going on beneath the surface than we care to realize, and I’d like to shed a little more light on the situation.

Now, this concept in nothing new to me.  After all, I like to think I’m a nice guy.  And I’ve certainly been rejected by women in favor of men who were selfish and inconsiderate, which often left me feeling baffled.  I remember in particular, when I was in middle school, there was this girl I had a crush on.  We were both single, but when I had confessed my feelings to her, she gave me the classic line, “You’re a really nice guy, but I just see you as a friend.”  Most of the guys she did date were jerks, and she was always left heartbroken and sad.  I remember one day when a few of us were hanging out at the pool hall after school.  She was talking to one of her girlfriends, saying, “Why can’t I just meet a nice guy for a change?”  At that moment a typical bad-boy walked by and her head turned to follow him.  Her next words were, “Damn, that guy is hot.”  I couldn’t help but think, “Here we go again.”  After all, I was the sort of nice guy she wanted to meet, but instead she kept chasing after jerks.

My youth was filled with moments like that.  I spent more time being single than I would have preferred.  And it wasn’t as though I wasn’t trying to date.  I just kept being shot down, and often for guys that seemed to be directly descended from Neanderthals.

I couldn’t understand what it was.  I was handsome.  I had a good sense of humor.  I was very considerate and kind.  I was an all-around “nice guy”.  But I was convinced that most women just didn’t like nice guys, and unfortunately for me I was just too nice to pass myself off as a jerk.

Well, it turns out there is some truth to the idea that women are more attracted to bad-boys.  This isn’t true of all women, of course.  But it was certainly true of many of the women whom I found myself attracted to.  It has partly to do with the fact that some of these women didn’t value themselves enough to attract a partner who knew how to respect them, so instead they attracted partners that reflected their own lack of self-worth.  In addition, these women were often attracted to men who seemed to be extremely confident, when in fact they were actually self-absorbed and conceited.

What I realized about myself was that it wasn’t my kindness that made me unattractive.  In fact, it was my kindness that brought a lot of women into my life.  And this was because most women really do want a nice guy.  What they don’t want is a guy who has no confidence, and looking back, I realize now that I was not very confident about myself.  So instead of dating, we always ended up just being friends.  And it wasn’t being a jerk that made other guys more attractive.  Rather it was the fact that their cockiness was mistaken for confidence.

Without confidence I felt desperate and lonely.  But to women, this came across as insecure and needy.  And that’s a big turn off.  The truth is that insecurity and neediness is a turn off to most people.  So it wasn’t that I was too nice.  I was just insecure.

Now the guys who are cocky and outgoing seem to be confident, although they may actually be overcompensating for a lack of self-worth.  Deep down they may not really have a lot of respect for themselves, and that’s why they go out of their way to demand the respect of others.  The problem here is that they’re only trying to gain respect.  They usually don’t know how to give any to others.  And this is why the women they date often end up feeling used, neglected and heartbroken.

The reality is that you can only gain real respect in proportion to the respect you give.  And you can’t get respect from someone who doesn’t really respect themselves.  The other thing to understand is that the nice guy and the jerk are usually both lacking in confidence.  They just express it differently.  And the thing that women are really looking for (and men too) is confidence.

Now when a person is truly confident, niceness is something that just comes naturally.  And there is probably nothing more attractive to a woman than a man who is both nice and confident.  But you also have to be careful not to be so agreeable and accommodating that you become a pushover.  This again shows a lack of confidence and independence.  It’s important to have healthy personal boundaries and opinions, to assert yourself, to kindly disagree, and to not allow someone to take advantage of your kindness.

So how does a “nice guy” go from being insecure to confident?  Well, if you really are sweet and considerate, friendly, compassionate and all those other things that go with being nice, then recognize and acknowledge that these are very noble virtues.  And realize that these noble virtues are far more valuable than good looks or money or any other superficial qualities.  After all, a woman may seek out a man who is rich and handsome.  But if he doesn’t possess these higher virtues, she will find him deeply dissatisfying.

Confidence is about loving and accepting yourself.  This means that if you’re truly a nice guy, you’ll be nice to yourself.  You won’t judge or condemn your imperfections and inadequacies.  Rather you can simply recognize that everyone has them in some way or another.  But we also have a number of favorable qualities which tend to be downplayed and overlooked.  Acknowledge these qualities and be forgiving of your flaws.

If you want to learn more about how you can increase your confidence take a moment to read these articles:

Know Yourself, Love Yourself