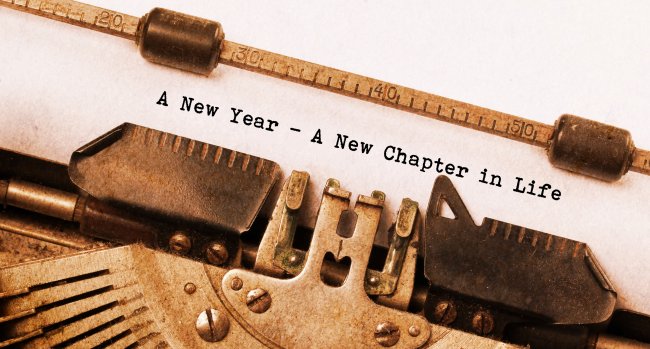 It’s the beginning of a new year and many of us set forth the intention to begin a new chapter in life. There have been times when I’ve made such intentions, and times when I simply didn’t bother, because looking back over my life I observed that I rarely carried them to fruition. We often make resolutions, only to find ourselves falling back into the same patterns. But this year might be different. At least, we would hope so.

The weeks leading up to the new year were particularly difficult for me. There was a shift occurring in my life which I had very little control over. I had moments of resistance and moments of acceptance. And it forced me to look more deeply at some of the patterns I was perpetuating. The intentions I would set for myself were not some newfound inspiration, but intentions which I had carried for much of my life. The question was, why had I not carried them out already?

It’s easy to set an intention. When we really take a look at our lives we find much room for improvement. And when we consider what must be done in order to change, it isn’t necessarily difficult. And yet, it can feel extremely overwhelming.

In looking at my own life, what I find prevents me from following through with my intentions, is not so much the difficulty of those intentions, but the apprehension of change itself. My current circumstances may be far from desirable, but they are familiar, and that familiarity is strangely comforting. In order to change those circumstances I’ll have to get out of my comfort zone and into unfamiliar territory. I have to face the great unknown. Not only can this feel deeply uncomfortable, but it can also be terribly frightening.

When I look back over my life I notice certain patterns which perpetually repeat. Where I am now in life is not so different than where I was ten years ago. I’ve been moving, but I’ve been going mostly in circles. I’ve certainly had dreams and ambitions, and I’ve often made intentions to pursue them. But somehow I never reach those goals, and simply wind up right where I started. It’s important to reflect back on all of this, not in order to interpret it as failure, but to try and understand what’s prevented me from progressing.

As I’ve already pointed out, there’s a great deal of resistance around the prospect of change. If I set an intention to completely rearrange my life it can be very overwhelming, so overwhelming, in fact, that I may become immobilized. I end up not doing anything at all to change, and as a result my circumstances remain the exactly the same.

Whether our resistance is rooted in comfort and habit or in fear and insecurity, we need to find the strength and courage within ourselves to release it. One way to deal with this is to break your goal down into smaller measurable and manageable steps. Rather than telling yourself that this year you’re going to turn your entire life around in one swift move, make the intention to change one small habit at a time. During the first week, set the intention to change one small thing. Then set another intention for the following week.

When we look at the new year as an opportunity to write a new chapter in our lives, we tend to think that we need to actualize our goal from the onset. This means that from day one everything is going to be different. But this is unrealistic. What is more realistic is to view the entire year as a time to process and evolve, so that we might actualize that goal by the end of it. This means we have the entire year to work with. And this takes a lot of the pressure off. In order for any real change to occur we need to feel relaxed and inspired. Too much pressure can cause us to break too quickly. It can even prevent us from starting at all.

So relax. Take it one step at a time. Set small measurable goals, and do them one at a time. Don’t try to write an entire chapter in one day. Just focus on one sentence a day, one paragraph a week, and by the end of the year, you may have written a masterpiece.