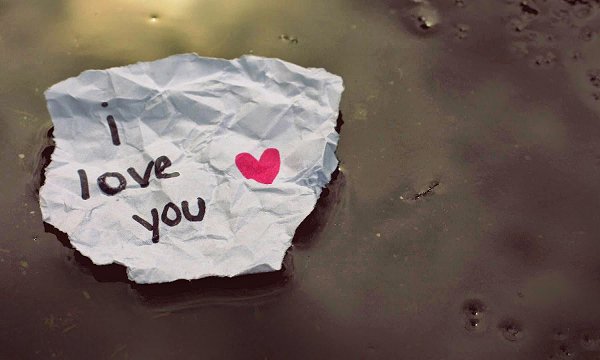 There are few words that are thrown around so loosely and frivolously as the word “love”. I think the word has been so misused and misunderstood, so polluted and corrupted that perhaps we need a new word, a better word.

“Love” is one of those words that means so many different things to different people depending upon our personal understanding, which is greatly influenced by culture (novels, movies and songs). But I think mostly, few of us really understand what love is.

We say that there are different kinds of love; the love you have for your partner, for your family, your friends, and so on. We talk of conditional and unconditional love as if these are two distinct types of love. But I would suggest that there is only one type of love, expressed to differing degrees and in various ways.  But often what we call “love” is not love at all, but something altogether different.

We confuse infatuation for love, or attachment or neediness. We say we’re “in love” when we’re really just desperate to be loved because we feel deep down that love is absent. It isn’t so much about the love we have to give, but the love we’re trying to get, which is to say that it’s not so much about love at all, because love is all about giving. It’s all about the other. But what we often call love is actually very selfish. We’re primarily concerned with ourselves. And when we say ‘I love you’, often what we’re saying is ‘I need you’. This phrase, which is so common, says more about the person saying it than the person it’s said to. First there is ‘I’, then there is ‘love’, by which we often really mean ‘need’. So we’re really concerned with ourselves and what we’re trying to acquire from the other.

Sometimes when we say ‘I love you’ we may simply be expressing our appreciation and gratitude for the other. But often we’re really just fishing for their affection. We say it in the hope that the other will say it back to us. And if they don’t we get upset. Why is that? Is it not enough to merely love someone? Why do we need them to express love in return unless we’re seeking to get something from them, some sense of validation, some sense of value.

So you can see how selfish it is sometimes to say ‘I love you’. Not that this is always the case, but probably more often than not. We may say it simply to express a genuine feeling of love, without any expectation for the other person to return the sentiment. Or we may say it simply to remind them that they are loved. But, if we’re honest, how often do we say it out of a sense of need? How often is our feeling of love actually a feeling of insecurity and desperation?

And have you noticed how this phrase often becomes habitual for so many people? We say it without even thinking about it, without any real feeling behind it. It becomes a formal goodbye, with no meaning at all, just an empty phrase. And so it loses it’s power.

I think perhaps we shouldn’t say it so often. We should be careful not to allow it to become so habitual. And perhaps we should explore what we really mean by it and find other ways to express what we’re thinking and feeling.

If we are indeed feeling a genuine sense of appreciation, we could simply say “I appreciate you.” It’s much more specific. It doesn’t have the same vagueness of the word ‘love’, and I think it’s much more difficult for it to become just a casual and habitual phrase.

Genuine love can be expressed in so many ways, through appreciation and gratitude, caring and concern. But let’s face it, words are cheap. Anyone can say they love someone, whether the feeling is genuine or not. Actions speak louder than words, and often one’s actions are in contradiction to their words. If you genuinely love someone, you don’t even have to bother with words. You just have to live it.

Sometimes people want you to say it because they want reassurance. They need to be reminded. But how it is that they’ve forgotten? Why is it they have doubts? Probably because you aren’t behaving in a way that shows them how much you care. If you were, then what need would there be to remind them?

Of course there are some people for whom actions are not enough. They need to hear the words over and over again. But no matter how many times you say it, they never fully believe it. They need constant reassuring. They need constant validation. Why? Because deep down they don’t love themselves. They feel undeserving of love. And no matter how much you may love them, they don’t accept it. The truth is that it will never be enough. So neither the words nor the actions have any lasting impact.

Whatever the case may be, the phrase “I love you” are inadequate in expressing the fullness of love. And it’s become cheapened from too much casual use. It’s still a sweet thing to say at times, but perhaps we should say it less often. Then, perhaps, it will be more meaningful.

But still, I think that what is most meaningful is to live in a state of love, which is expressed naturally through our behavior to one another, by showing compassion and acceptance, understanding and forgiveness, kindness and affection.