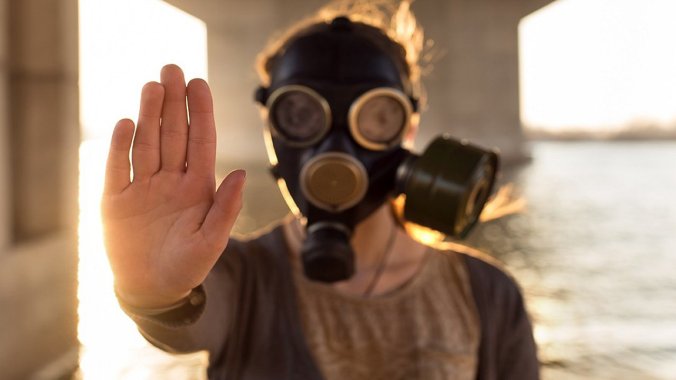 Do you have someone toxic in your life – someone who treats you disrespectfully, who is argumentative, manipulative, inconsiderate, abusive, who is always creating conflict, taking advantage of your kindness, finding fault or belittling you? I’d like to offer you a way free your life of these kinds of people.

So if you have someone toxic in your life, or maybe a few people, or these kinds of people keep showing up, the first thing we need to ask ourselves is, are we attracting these people into our lives? And if we’re talking about someone who we’ve known for a long time, the question may also be, why do we put up with it? Why do we allow space for this person in our lives? Why have we allowed them to remain in our lives for this long?

And this is very important for us to understand, because often like attracts like, and so it could be that we have some toxicity of our own that we’re not fully aware of. And this is why toxic people keep showing up, or at least why we allow them to remain in our lives.

So to offer an example, suppose the other person is abusive, or simply inconsiderate in some way. That’s how their toxicity is generally expressed. But you’re not abusive or inconsiderate to them or to anyone else for that matter. In fact, you really try your best to be a people pleaser. And yet, no matter how much you do for that person, no matter how much you give, all they do is take advantage of you and treat you like shit.

And we often wonder, why does this person treat me like shit all the time? But we’re really asking the wrong question. What we should really be asking ourselves is, why do we put up with it? In other words, why do we condone it?

But if we are allowing space for these people to be in our lives, it really says something about the lack of respect we have for ourselves. And we need to try and understand why that is, why we don’t respect ourselves enough not to allow them space in our lives. Because what is likely is that we have a low opinion of ourselves, and there’s probably a lot of negative self-talk going on in our heads about how we aren’t good enough, or we’re stupid or clumsy, or undeserving of love, or whatever it might be. And this is what I mean when I say that we have to recognize our own toxicity.

We really need to clear ourselves of all this toxic self-talk, and the way to do that is simply to replace it with positive self-awareness. That is, we need to recognize our own value, independent of what anyone else thinks about us, and to really honor that. And I’m not going to go into a lot of detail over how to do that. I’ve talked about this in other videos, and I’ll probably talk about more in future.

But again, we really have to take all of this into consideration, and begin taking steps toward cultivating a deeper level of self-respect.

And once we do that, we no longer allow toxic people to have a place in our lives. We walk away. We cut off contact. We just don’t put up with it. And that doesn’t take any kind of struggle or effort. It’s really very effortless. We’re just not interested in their bullshit. So we we don’t respond to it.

But again, what we fail to understand is that this is our own toxicity reacting to their toxicity. And we feed off each other’s toxic energy in this way. And so long as you’re giving them something to feed off of, they’re gonna stick around. But when you stop reacting. When you stop feeding them. When you simply become genuinely disinterested in engaging with them, they tend to lose interest as well. Sometimes, they might not lose interest right away. They might push a little harder to get a reaction out of you. But if you don’t play along, it’s really not entertaining for them.

And this is where the magic really happens. Because, what I’ve noticed in my life is that I rarely have to remove toxic people. Most of the time they just get bored and walk away. Because I just don’t have any interest in drama and conflict. And for them, drama and conflict is what makes life so interesting.

So when I simply don’t respond to their hostility with hostility of my own or with a sense of victim-hood, when I just remain calm and collected and disinterested, and especially when I treat them with respect and compassion, they lose interest. And they remove themselves from my life.

And when I say that I treat them with respect and compassion, that isn’t to say that I allow them to take advantage of my kindness and walk all over me. If someone takes advantage of me one time, there’s no second time. I just don’t give them that opportunity. I will still treat them with respect and with compassion, but they get no favors from me. I won’t go out of my way to do anything for them, once they’ve shown me that they don’t really appreciate me, and that they’re just using me.

And this has a magic all of it’s own as well. Because when you continue to show respect and compassion to someone who has shows no respect for you, deep down they usually realize that their behavior is inconsiderate. And they begin to feel guilty about it, every time they’re around you, every time they see you or even think about you. And it’s deeply uncomfortable for them.

Because even the most toxic person has a conscience. And that conscience will usually respond in some way or another to compassion. Even if the response is only to feel guilty. But if you react to them with any sort of disrespect, it’s only their ego that responds. And the ego will use that as justification for their own disrespectful behavior. But if you remain respectful, it’s very difficult for them to justify their behavior.

But even when you are able to affect their conscience, there’s still often a lot of ego involved, and so they’re usually still unwilling to take responsibility for their behavior. They’re still unwilling to really own up to it, to apologize and change their behavior. And so instead, in order to distance themselves from that feeling of guilt, they will distance themselves from you.

So, it’s really an amazing thing that happens when you respect yourself enough not to allow others to disrespect you. And when you are so at peace with yourself that you don’t take any of their bullshit personally. You just let it roll right off of you. You don’t give any of your energy to it.

So, again, in order to be in that space we really have to first of all deal with our own toxicity. And really the first and most important step toward cultivating self-love and self-respect is to simply become aware of our own negative thought patterns, our negative beliefs and judgments about ourselves. To become aware of them, and then to simply understand them, without judgment. While at the same time bringing our attention to all of the valuable qualities we have, learning to really recognize our own value, independent of anyone else’s opinions, and to begin to really honor that. And, as I said before, the more we respect ourselves, the less we will allow others to treat us with disrespect.

One thought on “How to REMOVE TOXIC PEOPLE from Your Life”